The much needed flight model overhaul is here!

We’ve spent some time to improve the way ships handle for an improved ship flight experience. Although our flight system uses a Newtonian physics system under the hood, a lot of it has been tweaked in favor of gameplay and ease of handling.

So while not physically correct, what we always hoped to achieve was a balance between fun gameplay and interesting build options. What that means for this update, is that the flight model has been tweaked in such a way that the number of thrusters and the mass of your ship correlate. So hopefully it will be easier to tweak your handling experience in the ship editor. 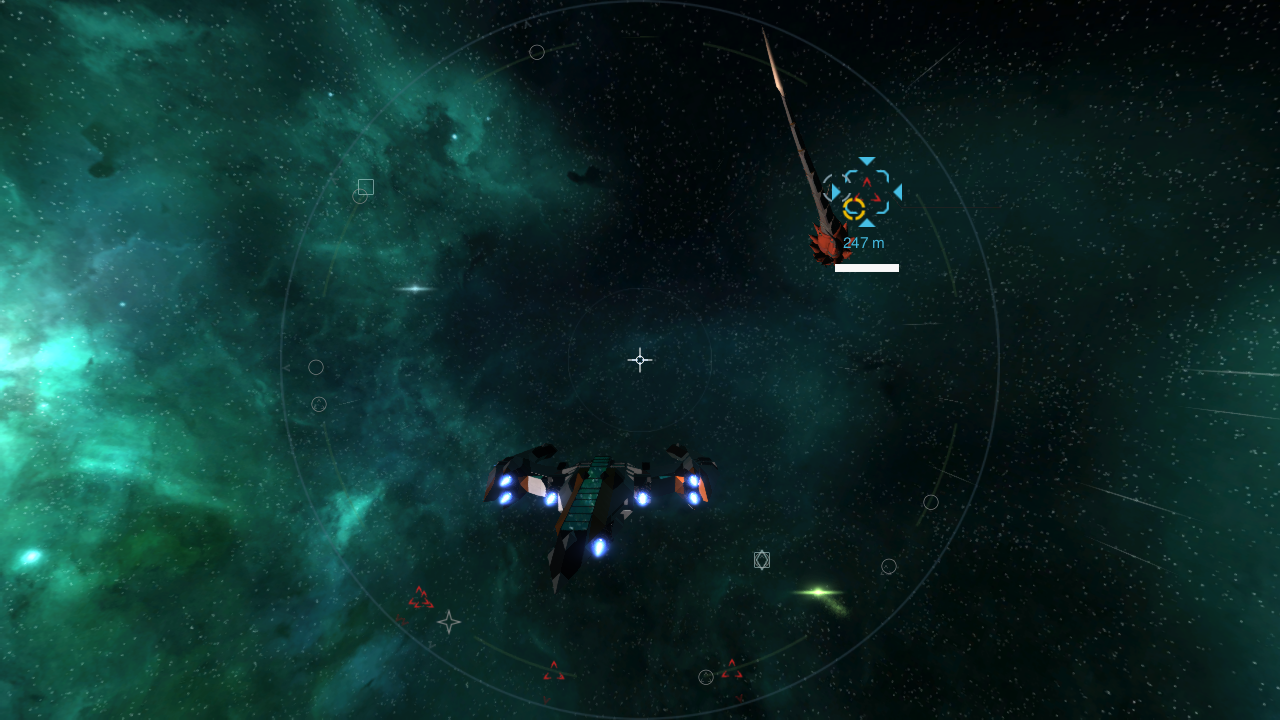 Speaking of the editor, we’ve now added several new features to the editor such as the new turn rate indicator that tells you what your turn rate is a gauge between 0 and 2 with 1 being what we would consider a good and easy to use turn rate. This gauge changes based on your ship’s weight, and the number of thrusters.

To further improve the flight experience we’ve added a chase cam to the exterior view of the ship this should make ship flight feel easier and more natural when flying in exterior view. We’ve also added a slight amount of camera sway in the interior view.

We’ve also tweaked all of the starter ships to function properly with the new flight model and made the S3 starter ship a bit more durable for combat missions.

To help pilots out during warp, there is now a new indicator that shows you when your ship is experiencing heavy gravitational pull from nearby bodies that might drop your warp levels. Simply steer your ship away from the indicator and you should always be fine. 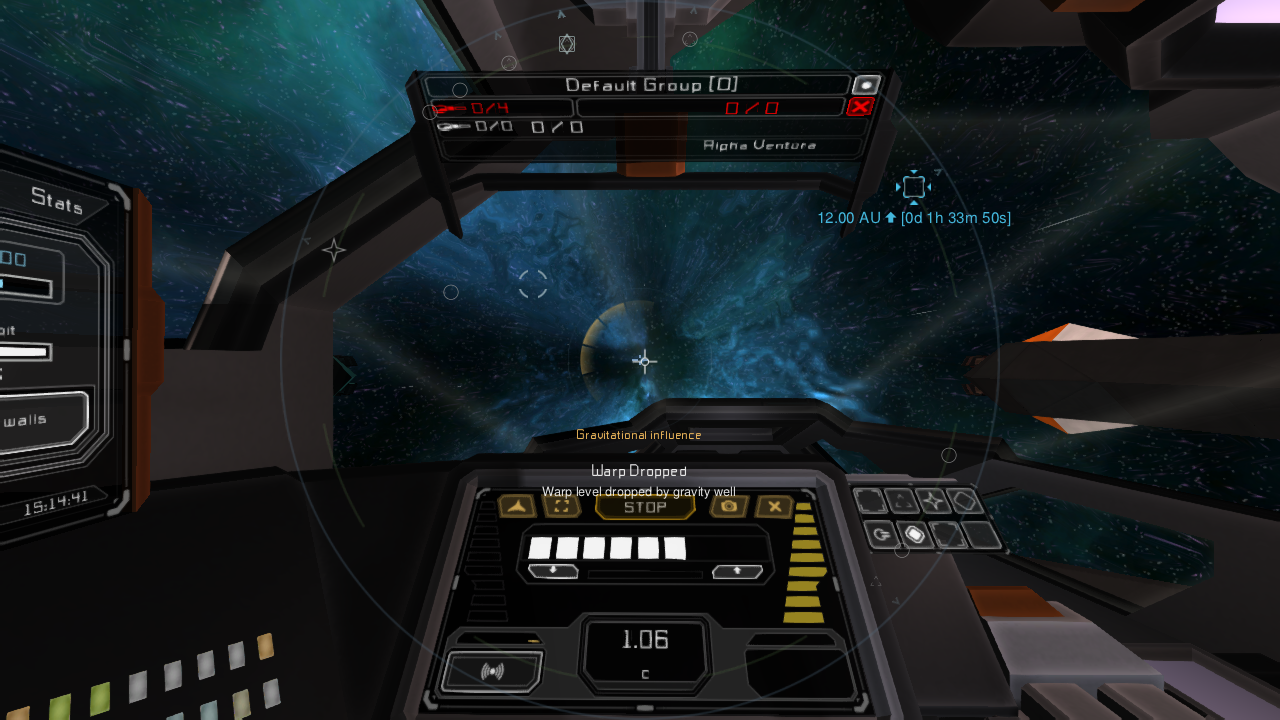 Another addition to the ship editor is ship issues indicator. When you build your ship it will now have an indicator at the top of the screen that will tell you if your ship is missing certain devices to make it viable such as a life support system. Before this would only show up if you saved your ship. 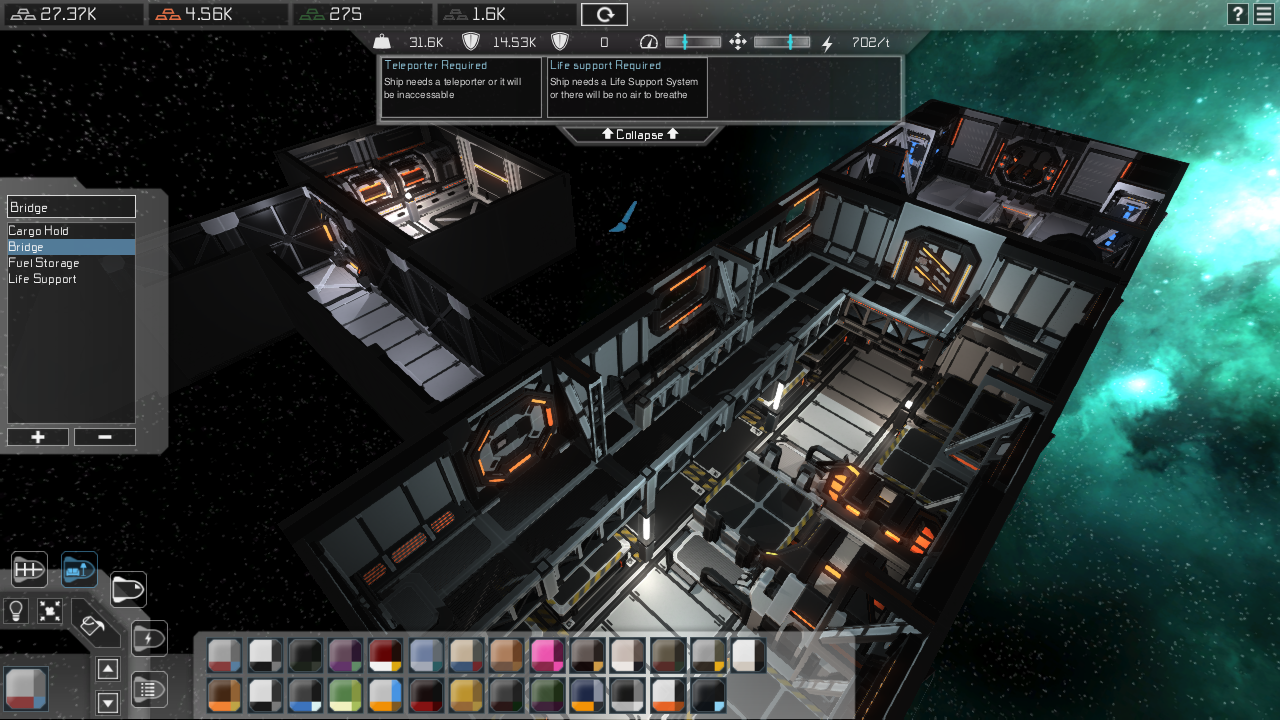 The other major feature is the addition of data cartridges which can give you special rewards such as new and unique armor skins. Theses skins will be tied to your Steam inventory and can be traded through Steam. In order to equip these armor skins you will need to enable them in the character customization menu and then when you equip a regular armor piece in game you will equip the armor piece with the attached skin instead. 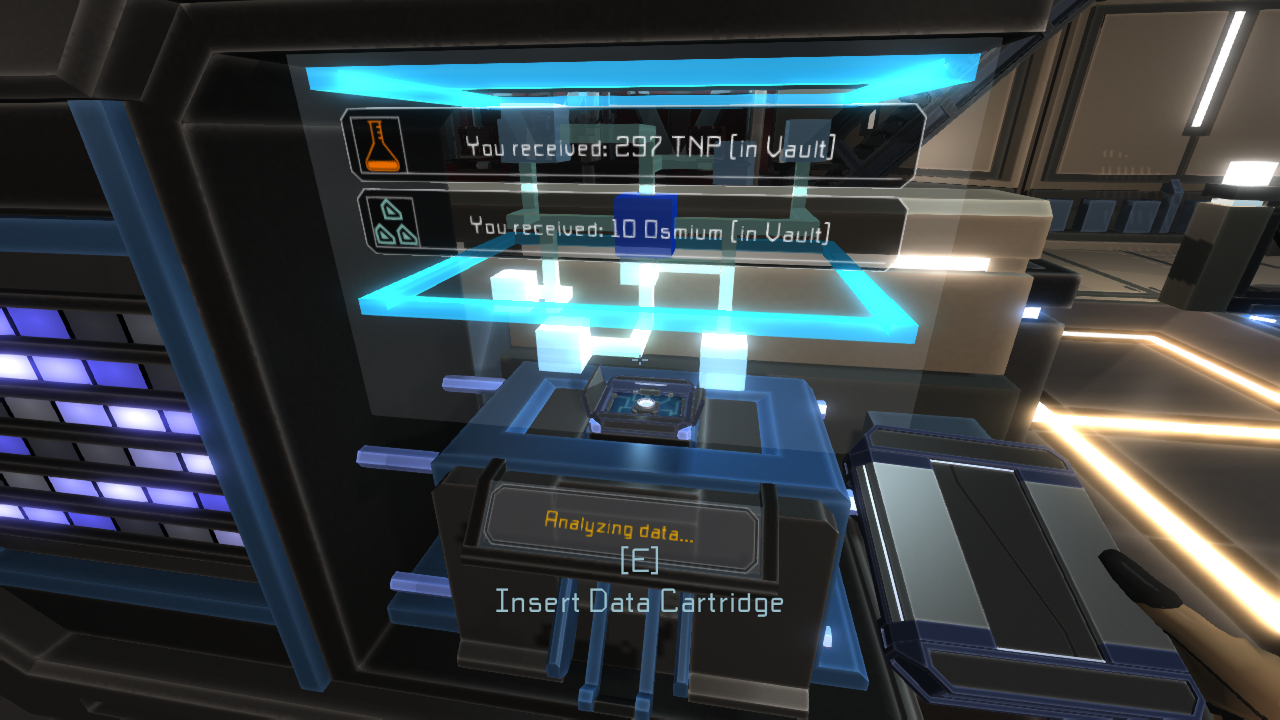 In order to receive these items you will need to take a special cartridge which you can get from mission rewards or by looting them, and place them in a special data decoder which can be found the starting stations for each faction. 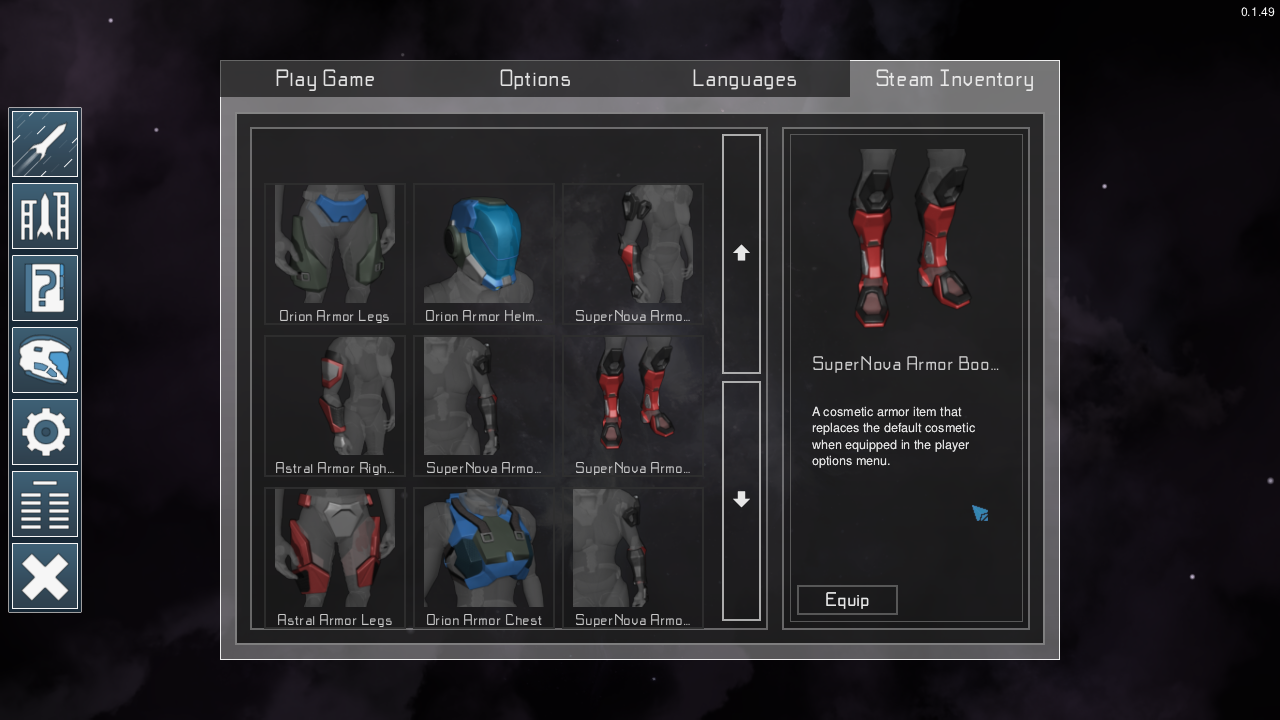 There’s other changes in this patch, such as rebalanced power costs for a lot of devices, making non-warp flight much, much cheaper. New color palettes in the editor, optimizations, bug fixes and more! Please see the patch notes for full details.