Today we introduce the first section of industry automation! With this update the extractor, refinery, salvager, 3d printer, and the assembling machine will all have a new cartridge slot which can be found at their control console. Players will be able to insert an automation cartridge into these machines which will let them function autonomously until the cartridge is expended. 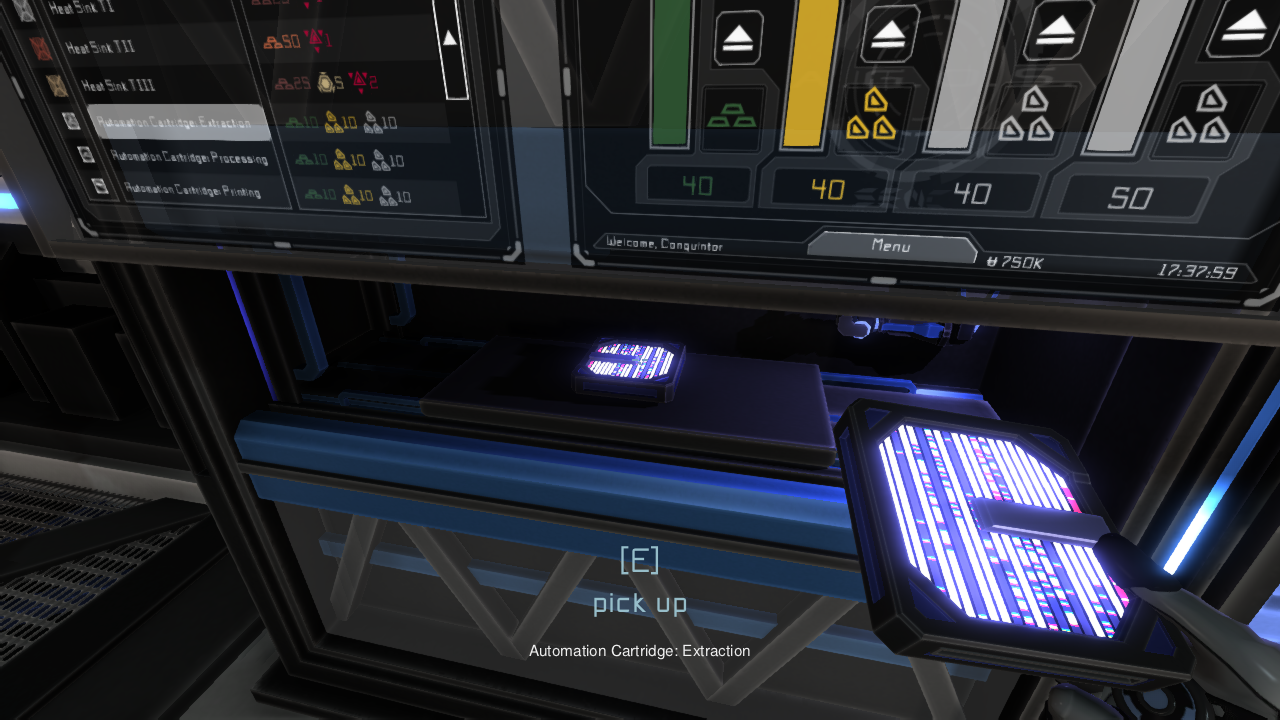 These cartridges can be crafted in the 3d printer. Automation cartridges work in a similar way to the upgrade cartridges in that they decay after a period of time, in this case 12 hours. Once they are completely spent players will have to replace them.

Note that these devices will stop their function if their hopper is full. Therefore in order to keep these devices functioning at peak efficiency players will have to keep up and clear the exit hoppers whenever necessary. 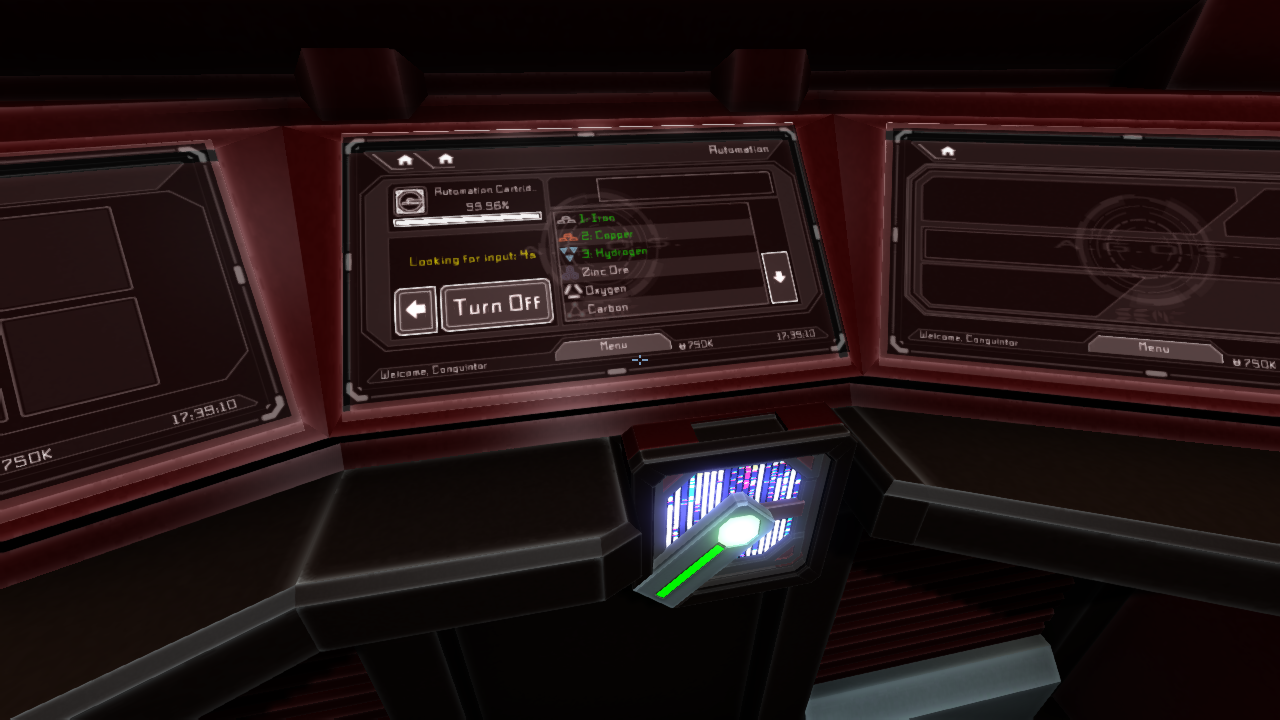 The next part of industry automation will focus on moving cargo from one device to another or onto cargo pads. This will be done through new devices called the Automated Cargo Teleportation Relays (ACTR). This device will use two heatsinks and can be programmed to move a cargo crate from one device to another automatically. Combined with the automation cartridges players will be able to set up their own assembly lines for whatever materials and items they require.
This part of automation will be coming soon.

In addition we have also made several quality of life changes. Hydrogen fuel is now 4 times more efficient and thus will last 4 times longer. The salvager has had its range increased to 1000 meters which should make salvaging easier. We’ve also added in some more diagnostic tools that should make it easier for us to find desyncs!

As always, we’d appreciate any feedback you’re willing to provide, it will only help us make the game better.