Home / The Little Drone That Could – Interstellar Rift Development Update 114

The Little Drone That Could – Interstellar Rift Development Update 114


Time for another Interstellar Rift update! After simmering in the experimental branch for a little while, this new update featuring drone automation, and the new Medium Rift Generator, is ready for prime time.

The new Medium Rift Generator works very similarly to the small and large rift generator, but it is able to send ships through rifts with a mass rating up to 1 million. Meaning that it can only use regular Xanthium and Di-Xanthium. This is ideal for medium ships or small ships that wish to be able to use the same rift multiple times. 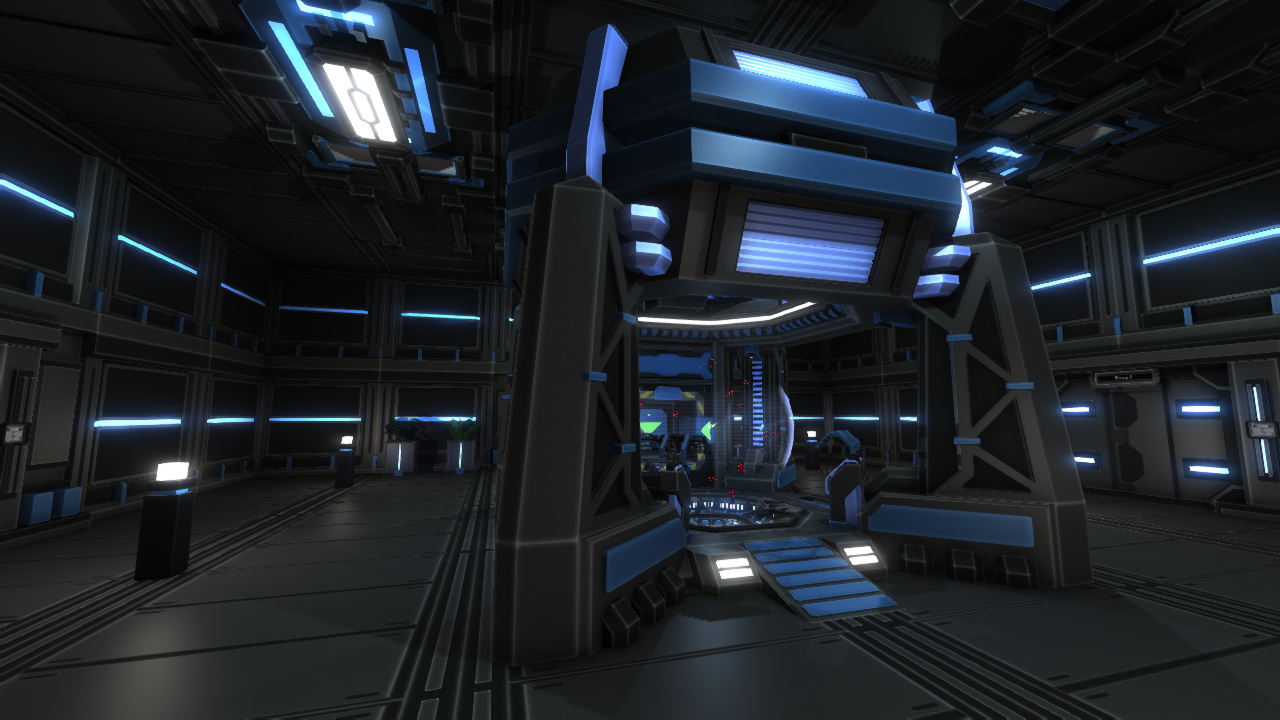 In addition we are also adding automation options to the heavy drones. This will allow you to put drones to work by sending them out to gather resources, return, automatically unload their goods, and then go out again. It also allows the drones to automatically respond if the ship is attacked. Meaning they will launch by themselves, and attack anything that is attacking the ship.

Of course you will be able to cancel their commands, and retrieve them before their programming is up. The cartridges required for these automation functionalities can be made in the 3D Printer, or bought at stores that happen to sell them. 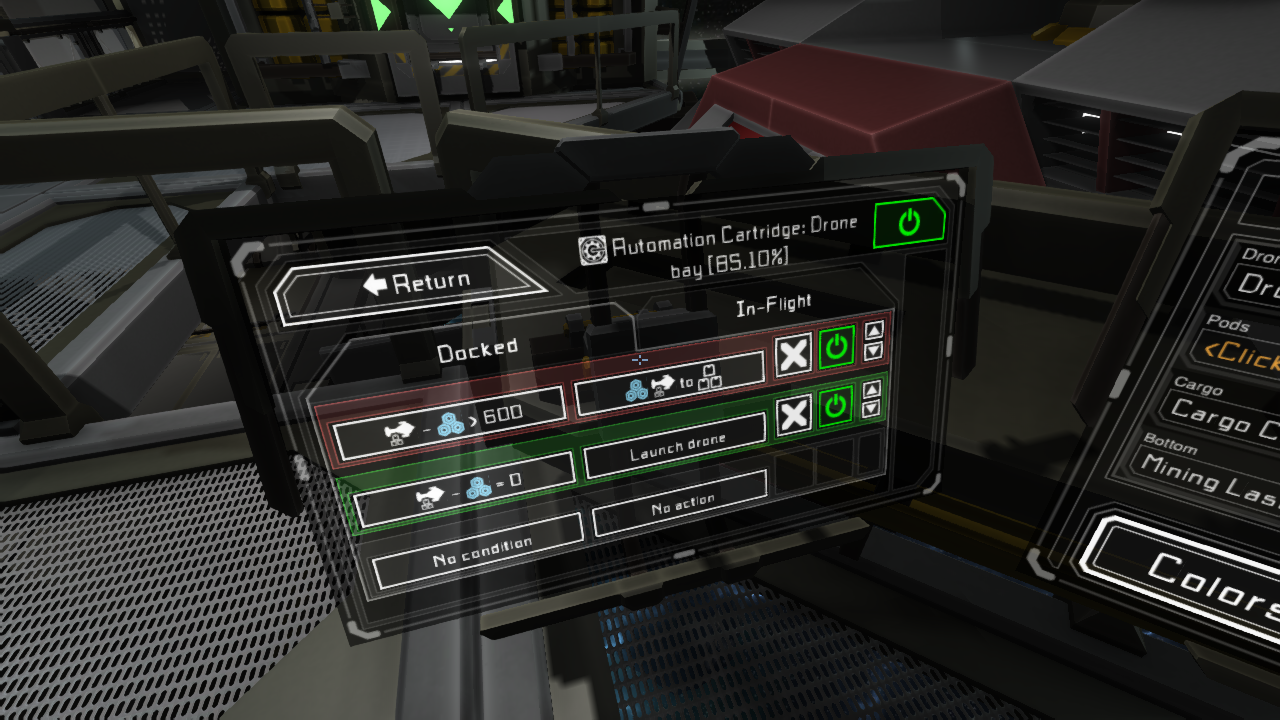 We’ve also made some changes to the point defense drones that players can deploy, from now on they require drone components, and when first created they will be empty. Meaning that players will now need to add ammo to the drone. Ammo can be added in the assembling machine, which also allows you to create drones that come with a full magazine by including the ammunition with the rest of the resources. For the time being point defense drones can only use standard ammo. 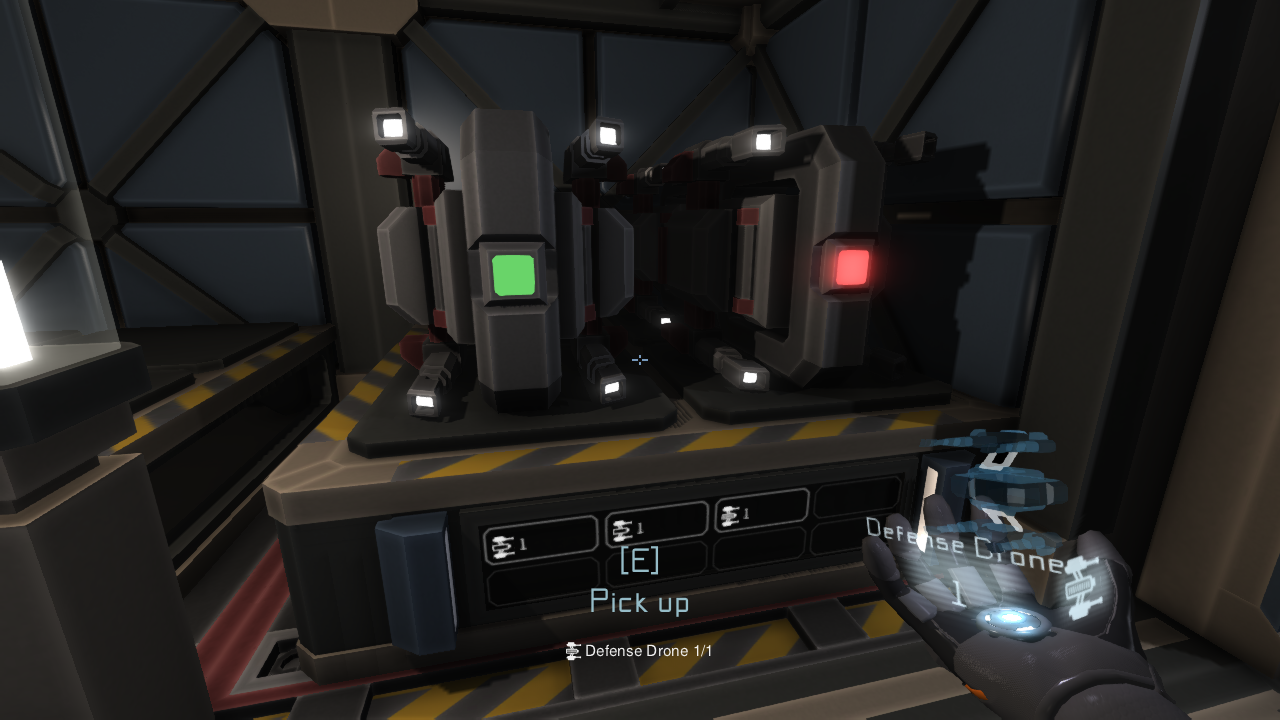 As always, we’d appreciate any feedback you’re willing to provide, it will only help us make the game better. We have also set up a public discord server which you can join!

Feel free to drop by and have a chat, we’d love to hear your opinion and feedback!