The long awaited Drone bay is finally here! Today the drone bay hits our live branch of Interstellar Rift, bringing with it the ability for players to construct and direct their own heavy drones.

Once the bay is constructed aboard your ship, you will need special drone components to build the drones (you’ll find the recipes in your grip’s encyclopedia and in the patch notes, as well as on the drone bay terminals.)
Your drones are fully customizable, you can change the color, their name and their load out from the control console on the second floor of the bay. 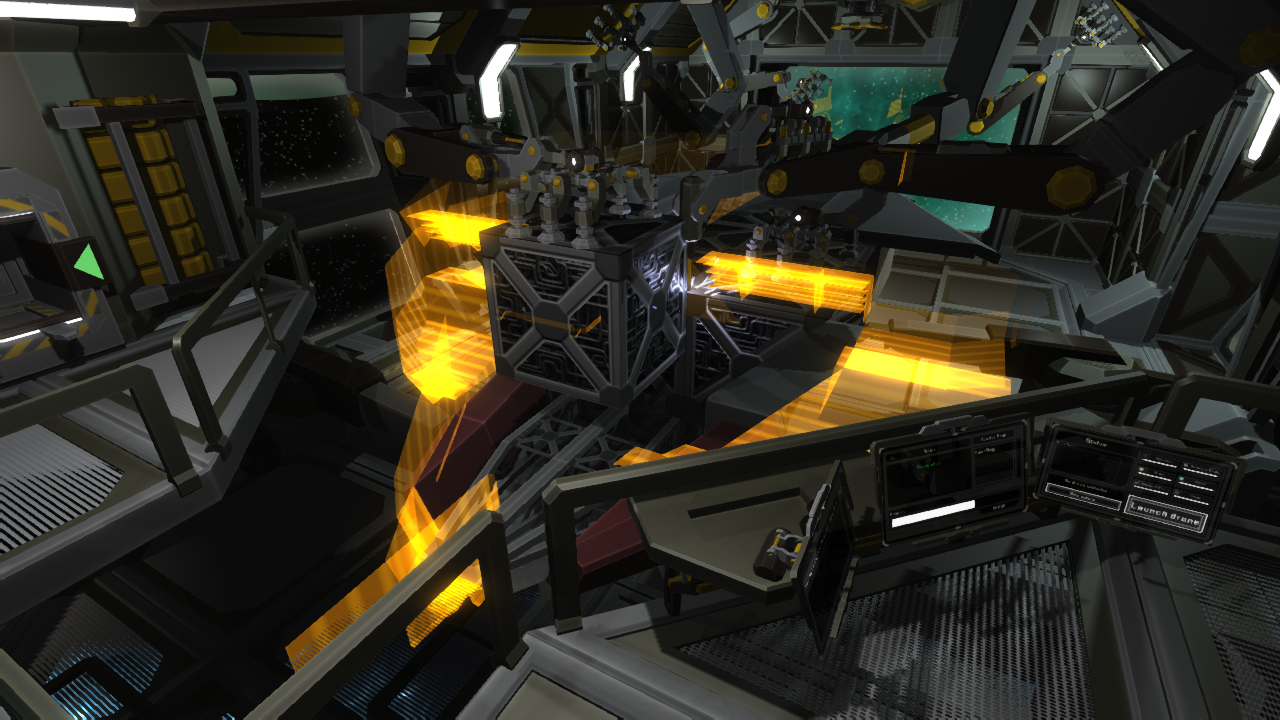 Drones can serve several purposes based on their loadout. A drone with cargo pods attached can carry resources around and sell them for example, and a drone with the engine attachment can fly much longer on the same amount of fuel. If you also equip that drone with a mining laser it can gather resources for you. Or if you’re looking for a more combat oriented version. You can equip the drone with missiles and two turrets. But unlike the drones that are activated via the disposer, these require fuel and ammunition. Which can be loaded into the drone using the resource hopper. 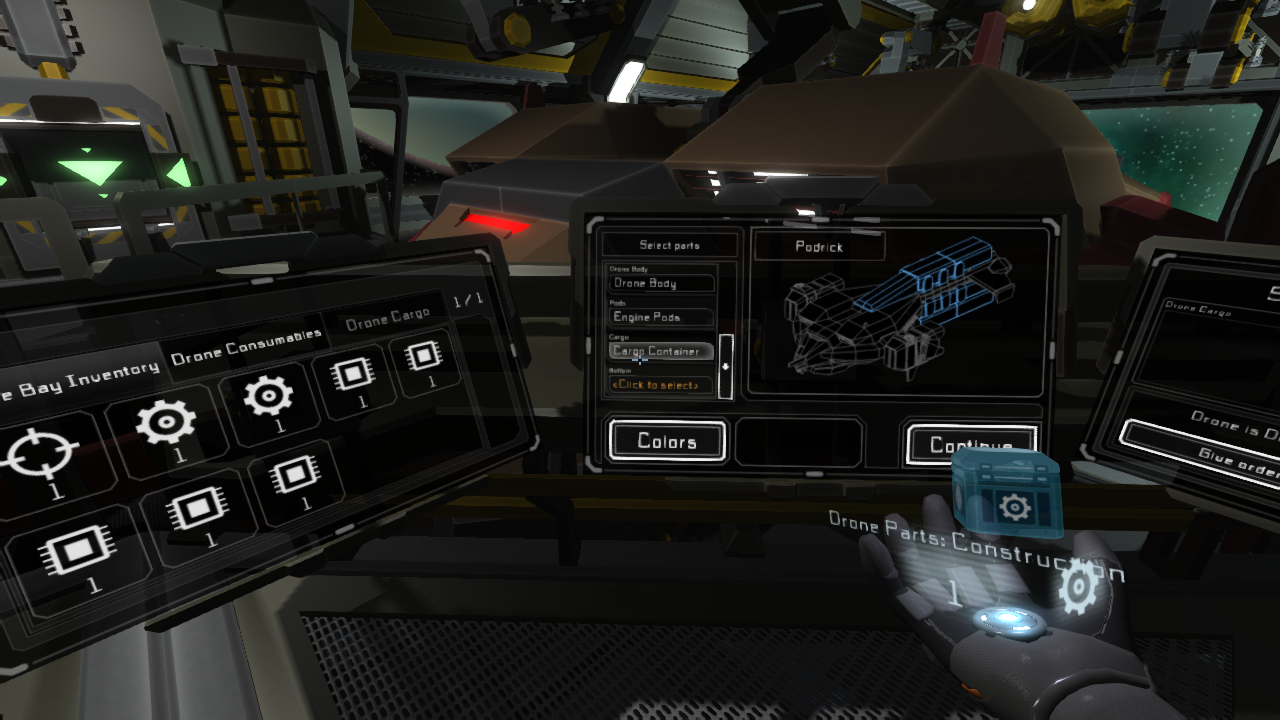 In addition there are also a bunch of improvements to the chat system, the cursor can now be moved, the chat commands for the console and ingame chat are now unified, and we added new commands, and updated the old ones where needed.

We’ve also made some changes to the underlying code which should result in performance gains on some systems. You should also see improvements to how you see other players. Which should mean less sliding around, more fluid animations, and a reduction in micro stuttering.